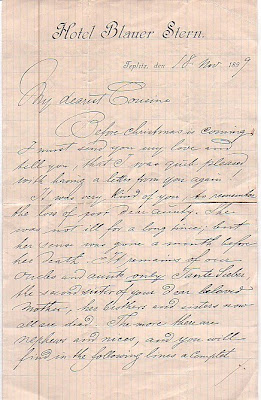 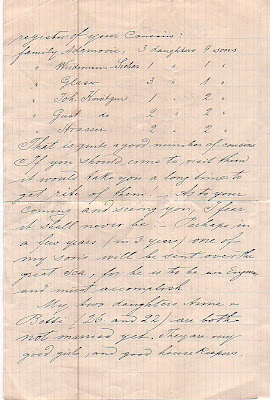 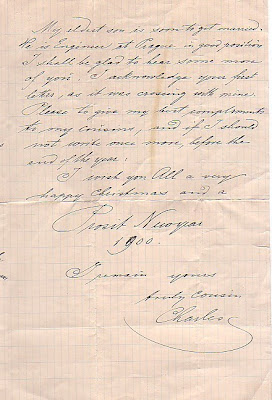 In November, 1899, my 1st cousin, 3x removed, wrote to his cousin, probably Anna Wilhelmina TRAPSCHUH, daughter of my g-g-grandmother Maria Theresa KNOETGEN TRAPSCHUH, to catch her up on the family (who was still alive, who was married to whom, etc.). His last words of the letter, as I'm sure he knew that he would not write again before the turn of the year, was "prosit newyear" (toast the New Year). It was 1899, with 1900 about to arrive . . . 110 years ago. How cool it is that I still have that letter from cousin Charles GLASER of Teplitz, Bohemia to his cousin; even after the death of his aunt he stayed in touch with family and let people know how things were in the old country. (Note: he wrote many letters and most were in German; this is the only one that he wrote in English.)

Charles (Carl) GLASER; b: abt. 1843, Bohemia (no death information is known; his children and other family members no longer kept contact with the American family after his death, sometime after his last letter in 1901)

his cousin and most likely recipient of the letter: Anna Wilhelmine TRAPSCHUH; b: 28 May 1840, Austria; d: 18 Dec 1912, Milwaukee, Milwaukee, Wisconsin (never married) 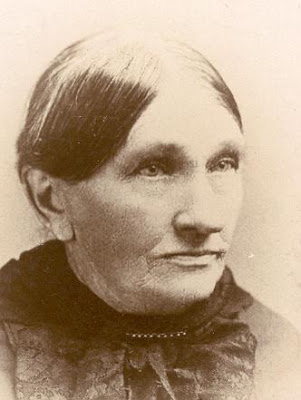