Indeed, you are tired of my excuses. Me, too!

On April 12, I got a telephone call. I had no idea how that call would change my life (at least for the past 3 months), but it did. It was from a representative of a PBS television show, to be produced for this coming September, modeled after Antiques Roadshow and a "parent program": Genealogy Roadshow, produced and filmed in Ireland. It seems that the show is a big hit among the Irish, who have a love of their history and ancestors. Now the concept was to be introduced in America. 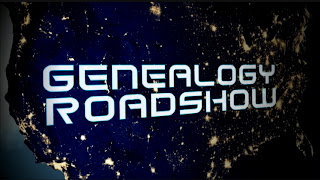 
Yes, we have Who Do You Think You Are? and some other similar programs on PBS and BYU channel, but this promised to be different. This show would be dealing with applicants who sent in their stories and queries about family legends and lineage and then a group of genealogists would be assigned to research the information to prove the stories true or false. Would I like to be the lead researcher?

While I saw some inherent problems, I also saw a great future for the idea and felt as if I was up to the challenge. Indeed, I would love to. And so, my life changed. No more writing articles. No more client research. No more new presentations to develop (though I could continue my speaking and seminar schedule). And, well, no more housework, cooking, shopping, or other such things. My life BECAME Genealogy Roadshow. (FYI, the show did not dictate this insanity - I did . . . necessary if I was to keep up with the influx of stories.)

Gratefully, this journey did not require me to paddle the boat solo. Alice Volkert, Gena Philibert-Ortega, Jamie McManus Mayhew, and Linda Serna were all on the vessel with me (and it times it appeared it would be all sink or swim together). And we swam, tread water, did every stroke imaginable, and sometimes even performed some water ballet. We survived! My house has been cleaner, my diet has been healthier, my Church attendance has been better, and my dogs have had smoother fur at other times in my life . . . but I have survived and so has my fabulous research team. And we have been aided by folks from all over the country! I won't name any because I am certain to forget some . . .people with expertise in Native American research, Jewish Genealogy, local histories, etc. along with a crew of great people who made themselves available to pull records (sometimes within minutes) from the National Archives (and not just the one in Washington, DC), the Salt Lake Family History Library, courthouses in various cities around the country, and libraries in some of the most out of the way places. And there were photographers who were ready to snap photos of tombstones, buildings, and whatever needed to be captured visually.

So yesterday (Sunday) I attended the last taping of the show (there were tapings in Austin, Nashville, and Detroit first and yesterday we wound it up in San Francisco, the only taping I attended). What an experience. Meeting people who were seeking their ancestors - some of whom had names the descendants did not even know. Many with occupations that are no longer part of American culture. People laughed. People cried. People hugged. It was a day of many emotions. I was kept very busy, as the lead researcher from behind the scenes (usually), and was thrilled with seeing it all come together (well, the real vision will be on Sept. 23 when the show debuts on PBS - check your local schedule for exact time). One family knew nothing about the particulars of how two ancestors met . . . we were able to piece it together and soon they had a vision of how two immigrant families joined forces to become one of the most delightful families I had ever met.

The on-air talent to introduce the people and the stories are two of the most respected and talented genealogists in our family history world: D. Joshua Taylor and Kenyatta Berry. The stories they handled were treated as the special legacies that they are for the respective families. I am grateful to them for taking the raw research and, with the help of some amazingly talented producers, put them into presentable form for those receiving news  - some good, some not so good. 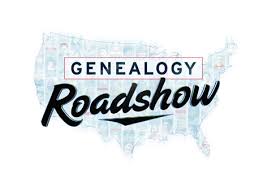 There is reward in uniting people with a past they didn't know they had. I loved the experience and, though my house could use a shoveling and hosing out about now, I am, personally, better for the experience. I hope everyone reading this watches the show, loves it, and helps promote it so that it will come back again in 2014 as I would love to do it again (though the next time I'm hiring a housekeeper).