OK, I've been planning this post for a long time, and just delayed it. But it's time (mostly because I have a few minutes).

To begin: there is no such thing as a great-aunt or great-uncle, great-niece or great-nephew. Never has been, not likely ever to be so. This is not like "there is no such thing as Santa Claus" . . . because, well, of course there is! This has to do with basic logic. Some will say semantics. OK, I'll accept the latter; but aren't most arguments born of some semantic issue ("you say NEETHER, I say NI-THER")?

When I was about five or six I figured this out. You see, I have no aunts or uncles and, therefore, no first cousins. Sigh. I have been deprived. (Not really: I have amazing second, third, fourth, etc. cousins who more than make up for the deficit of first ones.) Anyway, I remember the conversation as though it was yesterday (instead of nearly 60 years ago). We were in my bedroom at the cottage, owned by my maternal grandmother. 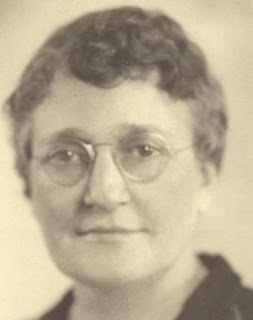 My maternal grandfather had passed away before I was born and my grandmother and her sister (my mother's "maiden aunt" - a nice way of saying "spinster") lived together in Milwaukee (in the aunt's house) and vacationed in the cottage on a lake near Hartland, Wisconsin (in grandma's house). My mother called her aunt "Aunt Mamie." I called her aunt "Aunt Mamie." This was fitting: her name was Mary Eva, but everyone called her Mamie. It worked. (FYI, she was nothing like "Auntie Mame" of Broadway fame . . . ah, would that she had been.) I never cared a great deal for her, but that is irrelevant to this story.

OK, so there I was, with little education, but some general understanding of relationships. I knew that Grandma was my mother's mom. So I asked Mom why we both called Grandma's side-kick (I didn't use that word) "Aunt Mamie." I had friends who had aunts (something I knew I didn't have) and those people were called "Aunt So-and-so." I also had friends who called their parents' close friends "Aunt So-and-so" and "Uncle Whatshisname," even though they were not related. Was that the situation with Aunt Mamie? My mother assured me that Aunt Mamie was her bona fide (she didn't use that term) aunt, but that she was my "great-aunt." I was confused.

"Aunt Mamie is Grandma's sister, so she is MY aunt, but your great-aunt." I asked what that made me and she said I was Mamie's "grandniece."

Now, even at that young age I knew something wasn't right. My mother had told me stories of her grandfather, who was my great-grandfather, so I knew that "great-" took it to the next generation back, even if I couldn't explain that with my limited vocabulary. If Mamie was my grandmother's sister, wouldn't that make her my grandaunt?

The simple answer is: YES!

As soon as we let the term "great-aunt" or "great-uncle" enter into our genealogy, we start to confuse the generations. This became exceedingly evident recently when I was doing background research for a television show. One of the producers wanted to use that term and it immediately created a generational misunderstanding for the living relative. It took me some doing (and un-teaching of an incorrect concept) to help them get the terminology accurate. I succeeded (well, I think I did; the show has yet to air, and probably won't, as it appears now). At least THAT person got it (but you know what happens next - she explains the relationship to person #2, who shares it with person #3, who explains it to person #4, who presents it to the target individual and it is anyone's guess what will actually be told. And, for some reason, people don't like the sound of grandaunt. They think great-aunt sounds better. Well, um, that is not what makes relationships.

A friend once told me that, when she was growing up, she was taught that 1st cousin once removed is the same thing as 2nd cousin. Ah . . . NO! Not even slightly. We are talking different generations there. And when people confuse "great" with "grand," we run the risk of losing (or gaining) a generation in that case, too.

So, pardon my GRAND rant, but it needed to be said. NOW I can go on to more important matters (such as "alright" is not a word . . . it's two: all right; same with a lot). Whew. 'Nough said.