A beloved uncle, a war, and a Dobro

(Links embedded in the text below give the reader more information about the Dobro as an instrument and a piece of history.) 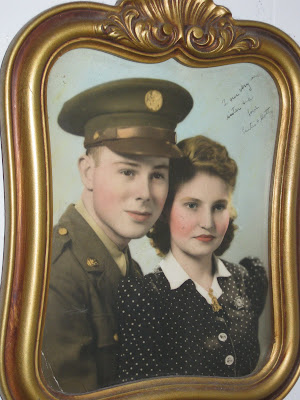 This love story was interrupted by WWII, changing the course of history in general, and those young lives in particular. That young man, Curtis Lee Hudgins, is buried in Normandy. 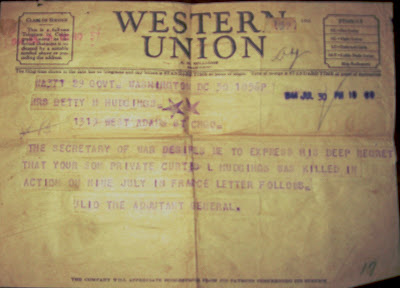 But just before he left for his tour of duty that took his life, his beloved Dorothy gave him an instrument - a Dobro - that he cherished and played before he went overseas. 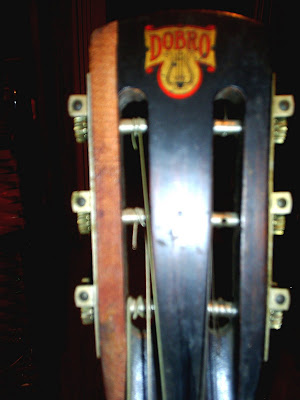 Curtis's niece, my friend Betty Joe Gentry, told me that the Dobro had been part of her family's household for as long as she could remember: her mother, Ila Hudgins Gentry, ended up with the instrument following the death of her brother Curtis. Betty Joe's "Uncle Curtis" was memorialized in their home because that instrument remained a constant reminder of his existence and the family's love of the fallen soldier.

Curtis was remembered in other ways, as well. Ila named her only son after her beloved brother (sadly, Curtis Gentry died just a few years ago and, like his uncle, left a grieving family behind).
And the United States government also acknowledged Private Hudgins's ultimate sacrifice: 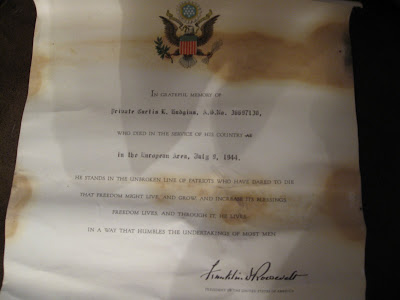 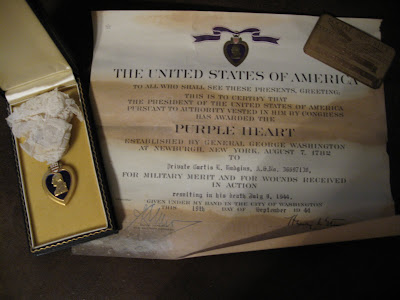 I first met Betty Joe in 1973 when we both lived in or near Chicago. I was invited to her family's home in South Wilmington, Illinois (not far from Chicago, near the Indiana border) where I immediately noticed the Dobro, a 1935 collector's item, and asked who played it. Ila told me that, though she had played with it at one time, no one used the instrument any more; that it remained on display in the home in memory of her brother. I told her that if she ever decided to sell it, to let me know. She assured me that that would never happen.

Betty Joe and I lost touch after I moved to California and she left Chicago for other areas before settling in South Wilmington, where she was on hand to assist her mother when Ila needed help in her old age.

Through the wonders of the Internet, Betty Joe and I found each other again, about 25 years after our last visit. One of the first things I asked was whether her mother still had, and cherished, the Dobro. I was assured that it was still a fixture in her home (and she still was not interested in selling it). There it stayed until Ila was done with her journey on this earth, leaving Betty Joe and her sister to settle the estate. I got the call: Did I still want the Dobro? I assured my friend that the instrument would have a special home in my house where I would restore it and play it in my genealogy music programs. And so it has become one of my cherished instruments. 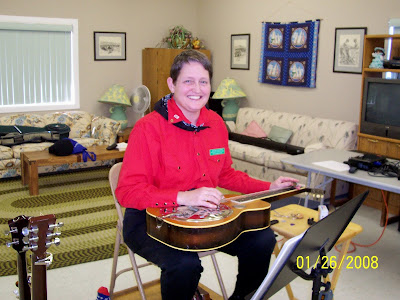 I have a tendency to "name" all my instruments; this particular one is no exception. Its name: "Curtis," of course.

But Betty Joe has not forgotten her uncle, or his namesake. She has a special memorial in her yard, with stones for all of her family members whose graves are not local to her new home in Cookeville, Tennessee (where she moved after her mother's passing). I spent a few days with her this summer and got photos of that memorial: 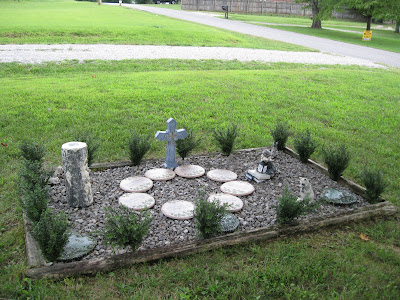 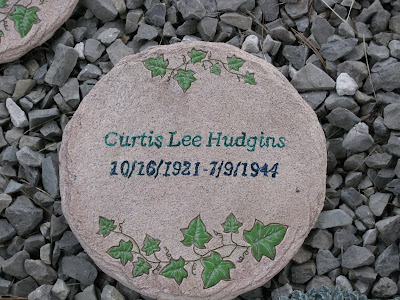 Our ancestors (and many of their possessions) do not die when their bodies do . . . they continue to be part of the legacy which makes up our heritage.