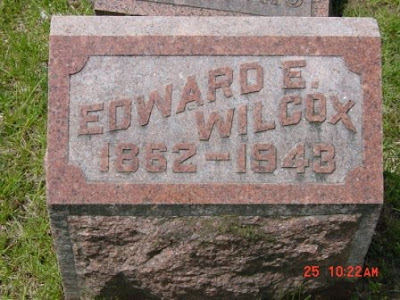 Edward had been married to Carrie Wolf, who died in Los Angeles in 1939. She is interred in the same plot with her husband.