Can you fill in the blanks? I'll bet you can! And you've been able to for most of your life. Stephen Foster songs are part of our heritage, uniquely American and reliable as sing-a-longs at family gatherings, around campfires, or in the car on the family vacation.

Foster's melodies have also carried a number of songs, written by various groups. The Mormon pioneers loved to adapt his melodies: the "Mormon Doo-dah" song, also known as "Johnston's Army" - taken from "Camptown Races" - and "Brighter Days in Store" - taken from "Hard Times Come Again no More" - are perfect examples; others include "Zack, the Mormon Engineer" and "The Missionaries Handcart Song," both using the melody for "Oh! Susanna," above. The gold seekers in California also created a version of "Oh! Susanna," calling it "The 49ers' Oh Susanna" and sang of having "gone to California with my washpan (the pan used to wash dirt from the gold, not clothes) on my knee."

Stephen Foster's appeal was particularly evident during the last years of his life (he died in January 1864) when the Civil War was raging. People, inundated with songs of the war, were weary of it all by those last years and Stephen Foster songs told of gentler times and peaceful living (though he did pen a couple of war-based ballads, they never made it to "the charts" of the day). So, for many, Foster's songs provided an escape from the harsh realities of the War and families torn apart (literally and figuratively).

Today we continue to use Foster's songs to lighten our spirits and join in song. I'll bet most of your ancestors (if raised in the United States) sang those same songs. Think of that the next time you join in on "Old Folks at Home (Swanee River)," "Old Black Joe," "My Old Kentucky Home," or (my least favorite) "Jeanie with the Light Brown Hair": you are probably singing something that your grandmother sang (or, perhaps, it was she who taught it to you!). Another way to connect to our forebears.

For more information on Stephen Foster, his songs and his life, check out Doo-dah! Stephen Foster and the Rise of American Popular Culture, by Ken Emerson (New York: Simon & Schuster, 1997, ISBN 0-684-81010-7) or 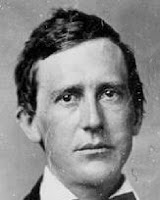