My dad wrote his autobiography. 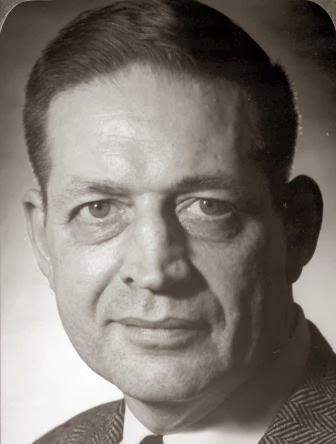 When I started working on my Family History, I asked him to write it, record it, video it . . . something! I knew his life was extraordinary, but I also knew that there were a lot of pieces missing from my knowledge of it. Couldn't he please fill me in? I interviewed him, but he often steered the talk into another direction (his cousin did this, his mother said that, etc.) . . . so frustrating. I gave him tools (lists of questions he could answer, a cute book with topics he could expound on, pictures he could identify and discuss). Nothing worked. How was I to know that, all along, it WAS working? That he had begun writing the work and was keeping it secret (no doubt to surprise me with it in type-written form).

My mother was always Dad's secretary (this probably because she was the only one that could read his scribbles). Dad's writings were done in long hand on scratch paper (the most recent piece of which was dated in 1986, so he had to have begun the bulk of the work then or after . . . I suspected after). One reference mentioned something that happened in early 1990, so that gave me a more accurate date - he had to have written (at least that part) after early 1990. My mother died in June 1994. She had typed the first portions of the work (with a carbon copy, of course). Dad died on 31 December 1999. I suspect that he wrote little, if anything, after Mom's death - after all, how would it get typed? (Yes, he still had his Underwood typewriter, but he didn't really use it in his later years.)

Dad had outlined all the planned sections and subsections of the work and wrote on all of the items in the first section. Only two elements of the second section were addressed. While sad, he still ended up with about 82 pages of typed manuscript (I know this because I just finished typing it, learning to read his handwriting as I went). Now, what do I do with it? My brother and I are the only descendants of my parents and neither of us has biological children. Those who would care about this extraordinary man are, for the most part, dead. But maybe my readers would find his autobiography of interest. He talks about his life, those of his ancestors, and historical events in general (some with which he was intimately involved). So I am going to set up a series of blog posts of the Autobiography of L. Roy Wilcox, PhD and hope that his experiences will be found interesting or inspiring to those who read this work.

Tune in tomorrow for the life and times of a 20th Century mathematician, musician, electrician, and all-round incredible individual.
Posted by Jean Hibben at 11:56 AM