Letters of Application and Recommendation During the Administration of Ulysses S. Grant, 1869-1877, Microfilm Collection, NARA Riverside-Gallaudet 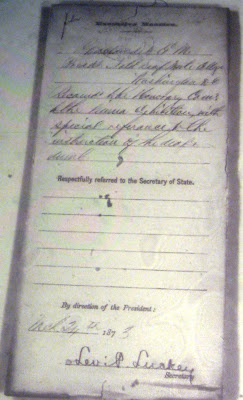 In 1864, Edward Miner Gallaudet (1837-1917) formed the first school for the "deaf and dumb," named "Gallaudet University," in honor of his father, Thomas Hopkins Gallaudet. Both father and son were instrumental in advancing communication means for those who could not hear or speak and the University continues today to educate those afflicted in these manners. The University, located in the District of Columbia, is still operational and is the product of much research. The elder Gallaudet traveled all over the world to gain knowledge in order to properly serve those who needed his help. Besides educating at the college level, Gallaudet School for the Deaf also has elementary and high school level courses, teaching the hearing impaired life skills as well as the basics in education.

Edward began his teaching experiences in Washington, D.C. and was instrumental in organizing educational opportunities for the deaf in that location. This brings us to the relevance of that information to the next (and last) post re: the Letters of Application and Recommendation During the Administration of Ulysses S. Grant. In 1873, in preparation for the Vienna World Exposition (mentioned briefly in a previous blog), it was hoped that all aspects of American Culture would be properly represented; this would include the advancements in the education of the deaf. After letters were sent on his behalf, Gallaudet the younger did attend the Exposition. But, while the history of the father and the son can be located on many Internet sites, the actual letters that clarified Edward's eligibility to represent the US are not. Those can be located on microfilm at a number of different National Archives facilities, including the one at 23123 Cajalco Rd. in Riverside County. Here's what the researcher can view there: 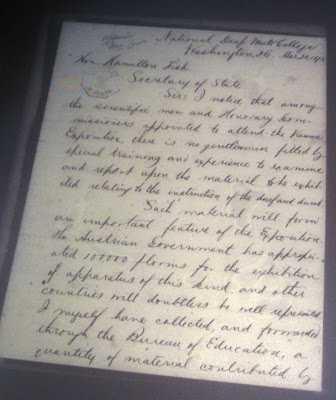 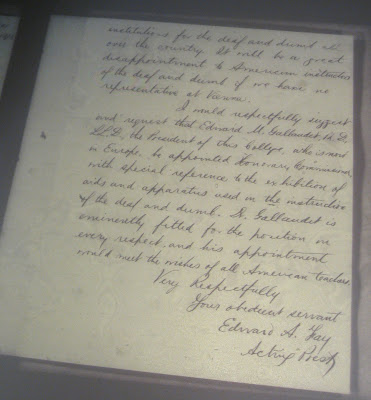 (From Edward A. Fry, Acting Priest, to the Secretary of State) 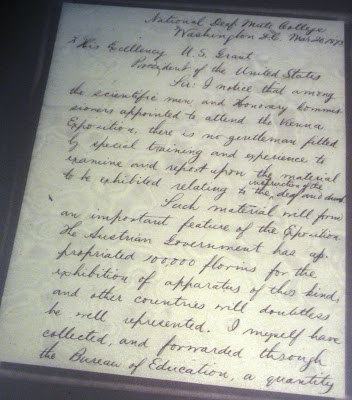 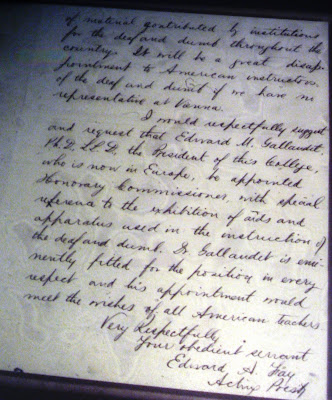 (The same, addressed to the President)

There is more in the Pacific Region (Riverside) National Archives than just records of California, Arizona, and parts of Nevada. Check out the catalog (mentioned in earlier blogs) and see if something you are studying just may be lurking in the holdings there.

This concludes my series on the Letters of Application and Recommendation . . . my next topic will deal with Postmasters of the United States. Check back soon to learn about these folks.
Posted by Jean Hibben at 11:09 AM