Did your Ancestor play a saw? 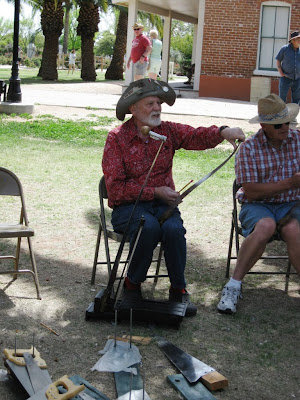 The Glendale Folk Heritage Festival, held on March 20-21, was a great experience. It was free to the public and the public came! Butch held 2 workshops, but only one where I took photos: learning to play the saw. He helped budding sawyers of all ages learn to hold and bend the farm implement. By the end of the hour, they were actually playing "Twinkle, Twinkle, Little Star" (well, that's what they said it was!). If you think that this sounds like something you would like to do, after you get your head examined, check out Uncle Butch's web page to download instructions on saw playing (note: there is also a handout download on that page that covers spoon-playing).

Here are some photos of the master teacher at work. 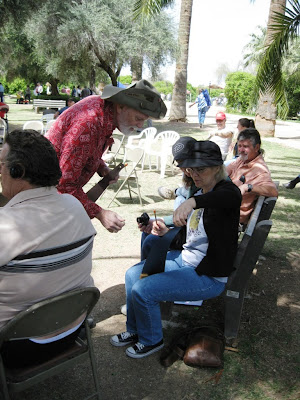 This "instrument" has been around as long as it's been a tool, so if your family had one of these, perhaps one of your ancestors was a saw-player. Just a thought! 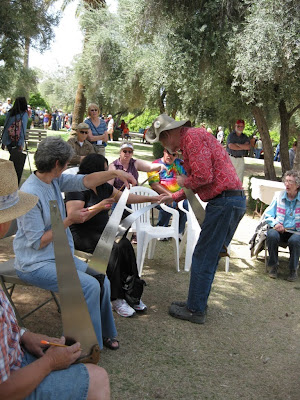 "What does it sound like?" you ask. Ah, that can be discovered on his CD: "Playing on the Edge" (you can listen to some of the cuts from the CD, if you so desire).
Posted by Jean Hibben at 11:22 AM